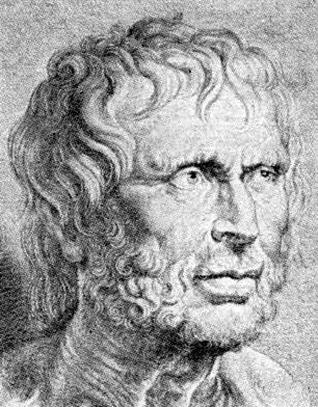 "It is not because things are difficult that we do not dare; it is because we do not dare that they are difficult." said Seneca the Younger (Linguaspectrum). He fits in perfectly as one of the Board of Directors for TOMS Shoes because of his philosophical attitude towards life. Seneca the Younger was a Roman Stoic philosopher from 4 BC to 65 AD. Stoicism is the belief that there is no difference between pain and pleasure. The Younger wrote many books relating to moral issues. His writings expose traditional themes of Stoic philosophy such as human suffering. The Younger believed that goodness should be accepted and has a beneficial effect on the soul. In his 40 surviving books, the thoughts of a versatile but unoriginal mind are expressed and amplified by the resources of an individual style (Britannica). Seneca the Younger said that a person should not do a kindness for their personal gains, but for the sake of kindness itself. This theme works perfectly with the story of TOMS shoes, which wants to promote giving shoes to those who don't have shoes. Seneca the Younger did not fit in his "timezone", people in his age thought that he was a hypocrite rather than a stoic. But in this day and age, his philosophical teaching of doing things for the sake of goodness, not the benefits would be an innovation itself. Blake Mycoskie said in Start Something that Matters that reading about a successful person can benefit oneself, if Seneca the Younger brought his teachings to TOMS shoes, the benefit would be exponential.
By: Jason Tran

Over the course of human existence, few minds have shone as bright as Seneca the Younger’s. The leader of the Stoicism movement, Seneca’s revolutionary social philosophy has helped shape a people. It is when looking for a candidate that exemplifies the very core of the TOMS mission; we at Americans for a Better Tomorrow need look no further than Seneca the Younger. Ethically, Seneca believed that people should “do good deeds because they are [inherently] good, not for the benefits they yield” (Vogt). The reason he would be a great fit for the board of TOMS shoes is simple: Seneca does things because they are good. Yes, TOMS is a profitable organization, but it isn't solely about profit. Seneca dedicated his life to doing things for the benefit of the greater good, and with the rise in popularity and profit that TOMS has seen recently, it’s always good to have a moral compass to guide you back on the route that TOMS originally started—the road of giving and humanity. Seneca sees that ethics is more than not taking cookies from a cookie jar. He sees that ethics is more than giving change to Santa from the Salvation Army during Christmas. It is about affecting a lasting impact on the world. It’s about doing good things because they are good. As he said: “As is a tale, so is life: not how long it is, but how good it is, is what matters” (Seneca). With Seneca the Younger on the Board of Directors at TOMS shoes, Seneca will make sure that, while at the company, the tale of TOMS will be a good one—one of longevity and fulfillment.
By: Tyler Takeshita